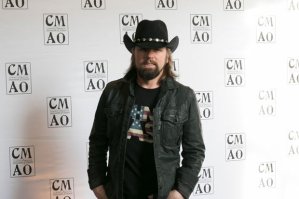 TORONTO, ON – The Country Music Association of Ontario is excited for the return to London, Ontario as the host city for the 2018 CMAOntario Awards show. Set to take place Sunday June 3, 2018, at Centennial Hall, Jason McCoy of The Road Hammers resumes his role as host.

Ever-engaging and entertaining, Jason McCoy, a two-time CCMA Male Vocalist of the Year, has become a popular host on many fronts. From voicing the nationally syndicated Country Radio show, Sounds Canadian, (2007-2010), to stepping in front of the camera as host of Smashtown (CMT Canada/USA), two seasons of CMT’s Pet Heroes (2010/2011), and Jason McCoy Eats America.

As creator and front man of the best-selling band in Canadian country music history, The Road Hammers, Jason took on the Country Rock genre and guided the band to unprecedented success throughout Canada and the United States, picking up a platinum album, three CCMA Band of the Year awards, as well as a Juno Award.

“After the tremendous response from the London community, we are proud to bring the CMAOntario Awards Show back to London for 2018 in partnership with Tourism London”, said Cathie Faint, President, CMAOntario.

“CMAOntario’s mandate is to nurture new talent and at the same time celebrate the success of all of our artists in the province. We look forward to presenting another great weekend of events providing our emerging artists an opportunity to showcase their talents to a city that has embraced this event and our artists”.

“We are thrilled to announce the CMAOntario Awards will be returning to London in 2018.  Building on the success from this past summer, we look forward to working to further developing all events surrounding the festivities and showcasing Ontario’s great artists,” said Chris Campbell, Director of Culture and Entertainment Tourism, Tourism London.

The Awards are preceded by a weekend of activities, launching with the CMAOntario’s Legacy Show on Thursday, May 31, 2018. Other events over the weekend include the CMAOntario Charity Softball Challenge, Songs & Stories: The Songwriters Sessions, R2I TuneUp Conference, New Faces Showcase & Concert and our first Gospel Celebration.  The festivities conclude with the presentation of the CMAOntario Awards on June 3rd at Centennial Hall.  A full line-up of performers and award nominees will be announced in early 2018.

Tickets for the CMAOntario Awards will be available to the public for purchase as of Friday, November 24th at 10:00am through the Centennial Hall box office – online at www.centennialhall.london.ca, by calling 1.888.999.8980, or in person at the venue (550 Wellington St.). Ticket prices range from $65.00 (plus taxes and service fees) for regular reserved seating to $225.00 (plus taxes and service fees) for fan VIP packages. Details for corporate and group rates are available on the venue’s website.

CMAOntario Members can take advantage of a special members-only price also beginning Friday, November 24thth at 10:00am. Promo codes to access the members’ discount will be sent to CMAOntario members via email through the Association.

About CMAOntario:
In 2007, Rob MacArthur and founding patron Linda Wright together with a number of key industry professionals founded the Country Music Association of Ontario. The Association’s mandate is to foster the growth and development of Ontario’s country music and its industry, provincially, nationally and internationally. The CMAOntario has hosted five annual Awards Shows and four two-day Road to Independence educational conferences with the generous assistance of presenting sponsor Slaight Music and support of the OMDC. www.cmaontario.ca

About Slaight Music
Slaight Music was started in 2011 with a mandate to support the Canadian music community through a variety of initiatives, and to develop Canadian talent via strategic partnerships with industry peers. We work with artists from across the country and across the musical spectrum, helping to further careers and get great music heard. We’re also invested in the technology sphere, helping Canadian music entrepreneurs develop the next generation of digital platforms and services. And, we support a variety of music-related events, causes and charities. www.slaightmusic.com

About OMDC
The Ontario Media Development Corporation (OMDC), an agency of the Ontario Ministry of Tourism, Culture and Sport that facilitates economic development opportunities for Ontario’s cultural media industries including book and magazine publishing, film and television, music and interactive digital media industries.