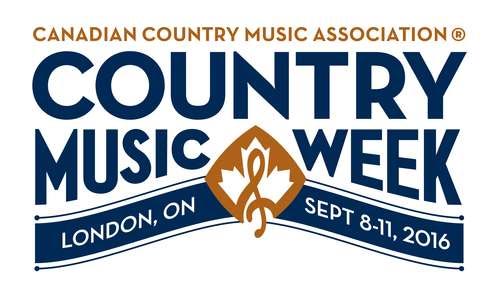 (Toronto, ON) August 17, 2016 – The Canadian Country Music Association® (CCMA®), in partnership with the London Host Committee for Country Music Week 2016, will stage the Jack Daniel’s Country Music Week Kick-Off Party on the evening of Thursday, September 8. This large scale street party, which will close Talbot Street between the crossroads of King Street and Dundas Street, will launch the 40th anniversary celebration of Country Music Week and commemorate London being host city of the event for the first time.

“Country Music Week 2016 has been years in the making,” said Chris Campbell, Chair of the London Host Committee. “Piloting an event unique to our city, one that truly captures the enthusiasm London has for country music and that can be used as a building block for future events was a goal of our host committee. It’s rewarding for us to see this event come to life – it will surely be one for the London record books”.

Talbot Street will be closed between King Street and Dundas Street Tuesday, September 6 through Sunday, September 11 for various programming. In addition to the Jack Daniel’s Country Music Week Kick-Off Party, a Country Music Week launch event will be held in the space during the noon hour on Thursday, September 8 (details to be announced later this month), stage entertainment for Friday and Saturday will be programmed by a third party (to be announced at a later date) and the grand finale on Sunday includes the CCMA Awards Show Countdown Concert and John Deere Green Carpet.

About the Canadian Country Music Association (CCMA):
Established in 1976, the CCMA is a membership-based, not-for-profit organization committed to the promotion and recognition of Canadian country music. Built upon the foundation to educate, elevate and celebrate Canadian talent, the CCMA progressively heralds the spirit, community and creativity that country music fosters through year-round initiatives, culminating every fall with Country Music Week and the Canadian Country Music Association Awards. Sponsors of Country Music Week and the 2016 CCMA Awards Show include FACTOR, Canada’s Private Radio Broadcasters and The Government of Canada through the Department of Canadian Heritage’s “Canada Music Fund”, Radio Starmaker Fund, the Province of Ontario, the City of London and Tourism London.