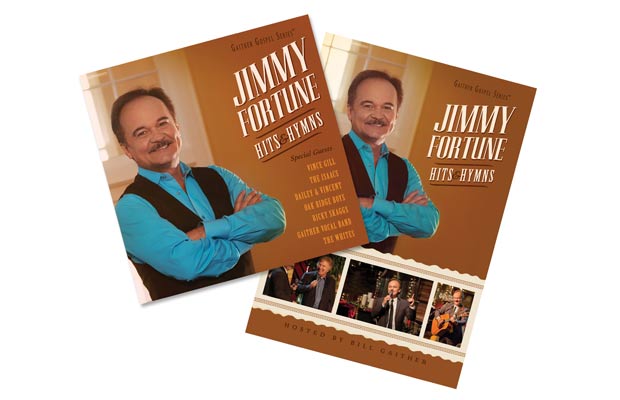 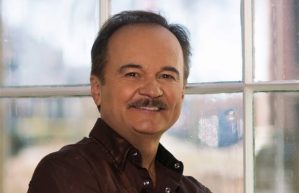 NASHVILLE, Tenn. (November 2, 2015) – After joining the legendary Statler Brothers in 1982, winning countless awards, and being inducted into both the Country Music Hall of Fame and Gospel Music Hall of Fame, Jimmy Fortune is no stranger to success, as he continues to reach new heights. His latest album Hits & Hymns, is off to a roaring start, as it debuts on Billboard’s Country Albums chart at No. 10, becoming his first top ten record on the chart as a solo artist. The feel-good album also debuts at #1 on the Southern Gospel Album chart and No. 6 on the Billboard Contemporary Christian Album chart.

Accompanying the album is the Bill Gaither hosted DVD special, Jimmy Fortune: Hits & Hymns, which also debuts with strong numbers. The collection debuts at No. 1 on the Billboard Music Video chart, along with No. 1 on the Christian Music Video chart, marking Fortune’s first #1 solo project. Fortune traveled to Indiana to tape the hit DVD, with a featured appearance by Bill Gaither. In addition to performing every song on the album, the “Elizabeth” singer opens up about some of his biggest trials and triumphs. Fans got to preview the collection ahead of time, as it made its debut last month on TBN, Heartland, The Miracle Channel, DISH TV, and more.

The CD project, which features collaborations with Vince Gill, The Oak Ridge Boys, The Isaacs, Ricky Skaggs, Dailey & Vincent and more, has generated a great amount of buzz. Billboard says that “Jimmy Fortune earned his reputation as one of the purest tenor singers in the format,” while the Cleveland Plain Dealer says, “It’s a great album, and I suspect it will add even more Dove Awards for gospel music to what has to be a very large trophy case.”

About Jimmy Fortune:
Jimmy Fortune toured, sang and performed with the legendary Statler Brothers for 21 years. He joined them first as a temporary replacement for Lew DeWitt, after DeWitt heard him singing at a ski resort and recommended him. Following an audition in Nashville, Jimmy was contacted by the Statler Brothers and performed his first show with them on January 28, 1982, in Savannah, Georgia. Due to the debilitating effects of Crohn’s Disease, Lew was unable to return to the stage with the Statlers, and Jimmy was hired as a permanent replacement in August of 1982.

After the Statler Brothers retired on October 26, 2002, Jimmy seized the opportunity to launch a solo career to share new music with his fans. His first solo CD, When One Door Closes, was released August 2003 on Audium/Koch. He released a gospel album, I Believe, in June 2005, a Christmas CD, Feels Like Christmas, in 2006, a live concert DVD in 2007 and another country CD, “Windows” in 2009. Jimmy is currently living in Nashville, writing for Melrose Entertainment, and touring.