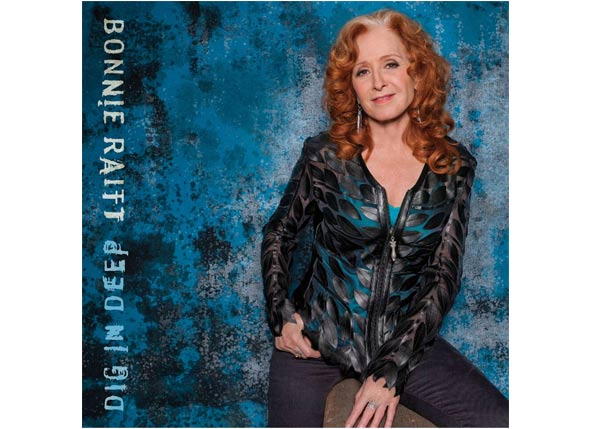 Toronto, ON – November 2, 2015 – Following the highly-anticipated release of her twentieth album, Dig In Deep (out February 26, 2016 via Redwing Records), Bonnie Raitt will kick off her 2016 North American Tour, returning to major cities where she’s long been recognized as one of contemporary music’s great live performers. The tour comes to the Sony Centre in Toronto on March 15, 2016. The album pre-order for Dig In Deep begins on November 6th. The pre-sale for the tour will start on November 10th for Bonnie’s Fan Community (available through her website), and will be followed by the public on-sale November 13th. Ticket sales on Bonnie’s site include Special Benefit Seats and packages to pre-order Dig In Deep CDs and LPs and to purchase an exclusive merchandise item.

Bonnie’s Dig In Deep Tour will feature her longtime touring band, which backs her on the forthcoming album, including James “Hutch” Hutchinson (bass), Ricky Fataar (drums), and George Marinelli (guitar), along with Mike Finnigan (keyboards), who joined the line-up for the triumphant 2012-2013 Slipstream tour.

“So much of the album is focused on what I want to do live,” Bonnie says. “I write and pick these songs so we can nail them on stage.”

Since the release of 2012’s GRAMMY Award-winning album Slipstream, Bonnie has performed over 200 shows in the U.S. and abroad, including a sold-out concert at Boston’s Fenway Park with James Taylor this past summer. Her powerful chemistry with this band creates a magic that has been described as “exquisite” (Chicago Tribune) and “perfect” (Boston Globe).

Opening for Bonnie on the tour will be The California Honeydrops, a five-piece ensemble led by dynamic vocalist and multi-instrumentalist Lech Wierzynski. Known for its engaging live show and diverse musical influences, the group incorporates Bay Area R&B, funk, Southern soul, Delta blues, New Orleans second-line, gospel, and psychedelic groove into its sound.

Continuing a long-standing tradition in conjunction with the Guacamole Fund, Bonnie will donate one dollar from every ticket purchased to grassroots local, regional, and national organizations whose work focuses on safe and sustainable energy, social justice and human rights, environmental protection, and blues/music education.

Additional tour dates for 2016 to be announced.