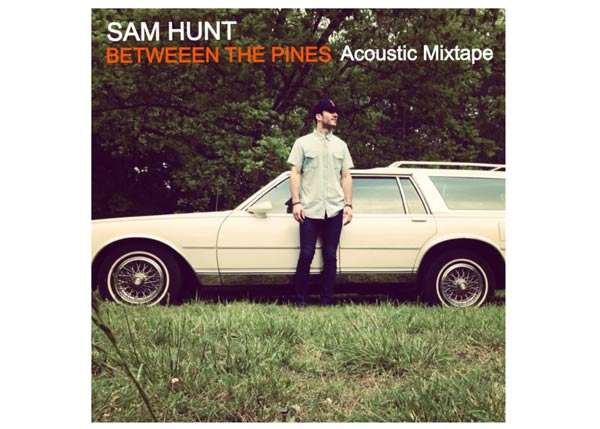 Sam Hunt – Between the Pines

27 OCTOBER 2015 (Toronto, ON) – Breakout star Sam Hunt has experienced an extraordinary year since the release of his debut album, Montevallo, which launched the artist into the country music forefront. Exactly one year from that date, Hunt today releases a digital reissue of his original acoustic mixtape, Between The Pines – the blueprint for what would go on to become Montevallo – via Universal Music Canada, the country’s leading music company

Hunt co-wrote all 15 tracks on Between The Pines. In addition to many of the well-known hits from Hunt, the acoustic mixtape includes “Cop Car”, the Top 5 hit for Keith Urban, “We Are Tonight” the No. 1 smash for Billy Currington, and Hunt’s first Nashville cut, “Come Over” the powerful No. 1 for Kenny Chesney.

Hunt built on Between The Pines to create his first major label release with the critically-acclaimed Montevallo which landed on multiple “Best of 2014” lists including the Associated Press, Billboard, Country Weekly, Los Angeles Times, NPR, Rolling Stone, SPIN Magazine, Village Voice and The Washington Post.  The album has so far produced three consecutive Top 5 singles including the No.1, Platinum selling “Leave the Night On”, Gold-selling “House Party”, the double-Platinum “Take Your Time”, as well as Hunt’s latest Gold-selling single, “Break Up In A Small Town”. Montevallo has also spent 47 of the past 52 weeks in the Top 10 on the country album sales chart – six of those weeks at No. 1.

Between The Pines Track Listing: