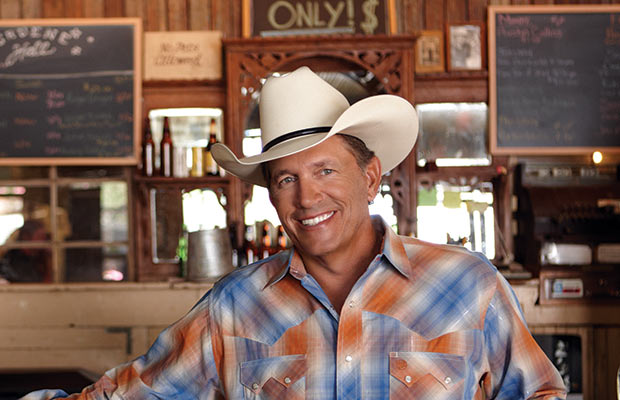 “I’ve missed stepping on stage and playing that first note…hearing the crowd sing in unison…there’s just nothing like it,” said Strait, who announced his return to the stage at a September press event in Las Vegas. “I’d be lying if I said it didn’t feel good to know that the fans have missed me too.”

Fans and critics alike have shared effusive praise for Strait’s latest chart-topping album, Cold Beer Conversation, and current single of the same name. The New York Times proclaimed the album “finds Mr. Strait at his most pulpy and resonant” and the Associated Press calls Cold Beer Conversation “vintage Strait,” noting that the “King of Country Music” maintains “such a strong vocal presence… the highlights prove that Strait remains at the top of his game: From the casual way he captures a meaningful talk between buddies on the title cut to the melodic intimacy of ‘Let It Go’ to the jaunty swing of ‘It Takes All Kinds,’ the album adds another gem to one of country music’s deepest, most entertaining catalogs.”

Cold Beer Conversation is available now at all digital retailers and Walmart.

Strait will be among the first performers to appear at the Las Vegas Arena, which opens in April 2016. GRAMMY, CMA and ACM Award-winning singer/songwriter Kacey Musgraves will join Strait as support for the 2016 dates, with support for 2017 to be announced soon. Current “Strait to Vegas” dates include:

With 60 No. 1 singles and nearly 70 million records sold, Strait is the most-nominated artist in CMA Awards history and was the first country music artist honored with Billboard’s “Legend Of Live” Award. His last show, which took place at AT&T Stadium on June 7, 2014, shattered the North American attendance record for an indoor concert with 104,793 ticket-holders.

For information on “Strait to Vegas” and more, visit www.georgestrait.com and www.straittovegas.com.