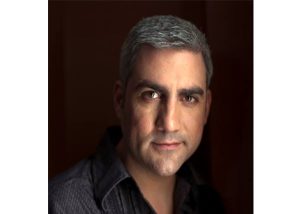 NASHVILLE, Tenn. (October 7, 2015) – Taylor Hicks is on-deck to perform the National Anthem next week at the Major League Baseball Division Series Playoff Game Five at Kansas City Royals, which will be televised on Fox Sports 1 (FS1). He is also on the ice to perform this week at the Nashville Predators’ home opener, Thursday October 8th.

Taylor is in the studio now putting the finishing touches on a new album slated for release in 2016, with an ambitious schedule to follow.

Webster Public Relations is honored to announce the addition of the music powerhouse to the firm’s long roster of legendary clients. “Taylor Hicks is a great artist,” says Webster PR President Kirt Webster. “We are excited to begin working with him to help continue to build his brand awareness.”

Taylor Hicks is one of the most beloved and popular American Idol winners of all time. From the start, Hicks’ material on the mega-hit show set him apart, with a unique take on Country, Southern Soul, R&B and Blues. Sixty-four million votes were cast and nearly 37 million American viewers and more than 200 million viewers worldwide tuned in to crown Hicks the Season 5 winner of American Idol, making it one of the most-watched TV events of the last decade.

Hicks’ star continued to rise after he stepped off the Idol stage. Less than three weeks after his Idol victory, his debut single, “Do I Make You Proud,” entered at #1 on Billboard’s Hot 100, Pop 100, and Single Sales Charts. His self-titled album (Arista), debuted at #2 on the Billboard 200 and was quickly certified RIAA Platinum. Hicks is the first male Idol winner to be featured on a Grammy Award-winning album, Jimmy Fallon’s “Blow Your Pants Off,” which took home the 2013 Grammy for Best Comedy Album.

Hicks’ career has included stints on Broadway, a national tour with a hit musical, as well as headlining Paris, Las Vegas and other Caesars Entertainment properties all over the United States. He has performed with an amazing variety of artists such as Willie Nelson, Snoop Dogg, Gladys Knight, Earth Wind and Fire, and The Allman Brothers.

Taylor celebrates his birthday today which he shares with music industry vet Simon Cowell, and fellow musicians John Mellencamp, Yo-Yo Ma, and Michael W. Smith. Taylor is quick to point out that he will be 14,244 days old.