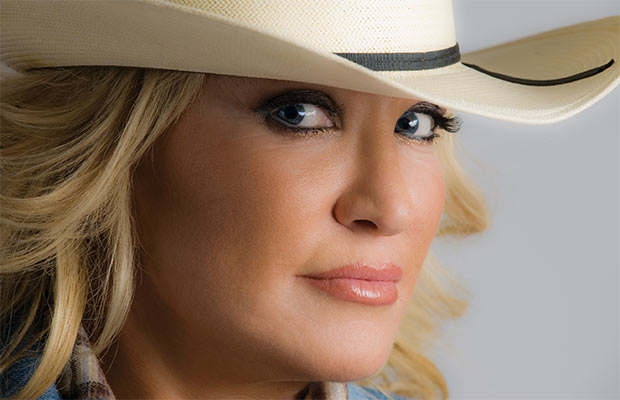 DARLINGTON, SC (July 27, 2015) – Joining in Darlington Raceway’s celebration of the early 1970’s during its Labor Day weekend events, will be country music legend Tanya Tucker, who will perform the National Anthem for the Bojangles’ Southern 500 on Sept. 6.

“We are excited to have country music icon Tanya Tucker perform our National Anthem for the Bojangles’ Southern 500,” track President Chip Wile said. “Tanya Tucker has been a mainstay in Nashville since the early 1970’s. Her rendition of the Star-Spangled Banner will be a can’t-miss for our great race fans.”

For four decades, Tucker’s sultry voice and vivacious stage presence has helped to make her one of the most admired and respected female vocalists in the country music genre.

Part of that appeal lies in the fact that her resume contains some of the most groundbreaking songs of the format’s history. Songs like Alex Harvey’s Delta Dawn, Dallas Frazier’s What’s Your Mama’s Name and David Allan Coe’s Would You Lay With Me (In A Field Of Stone) firmly established Tanya Tucker as an artist from whom you could always expect the unexpected. Her early hits also contained some kick-up-your-heels moments, like Texas (When I Die), San Antonio Stroll, and Here’s Some Love.

And, the best is yet to come for this future Country Music Hall of Fame member. With a new album forthcoming, the powerhouse vocalist is set to remind listeners just why artists such as Miranda Lambert and Gretchen Wilson consider her to be one of their biggest influences. She’s lived a life full of love and heartbreak, and bounced back no matter the odds. In the crazy world of the music business, Tanya Tucker defines the word “legend,” but also “survivor.”

Tucker’s anthem performance adds yet another element to an already exciting 1970’s-style pre-race. She will join legendary rock band Grand Funk Railroad, who will be performing the pre-race concert for the 66th running of the Bojangles’ Southern 500.

Fans have the exclusive opportunity to watch the Grand Funk Railroad concert from the front of the pre-race stage. In addition to the purchase of a Bojangles’ Southern 500 grandstand ticket, a pre-race access pass may be purchased for an additional $45. This pass will not only give fans stage front access for the concert, but will also include an up close view of the Sprint Cup Series drivers as they are introduced to the crowd.

Get all the latest on Tanya Tucker, by visiting her on Facebook.com/TheTanyaTucker, or on Twitter @Tanya_Tucker. She is currently on tour through CTK Management.

The Tradition Returns to Labor Day weekend as the NASCAR Sprint Cup Series Bojangles’ Southern 500® is set for Sunday, Sept. 6, 2015. The NASCAR XFINITY Series VFW Sport Clips Help A Hero 200 will race on Saturday, Sept. 5. Tickets are on sale now by calling 866-459-7223 or visiting www.DarlingtonRaceway.com.

You can keep up with all of the latest news from Darlington Raceway at DarlingtonRaceway.com, on Facebook at Facebook.com/DarlingtonRaceway and on Twitter at Twitter.com/TooToughToTame. Fans are encouraged to post their Bojangles’ Southern 500 stories and memories at #TraditionReturns, #BojanglesSo500 and #SportClips200.