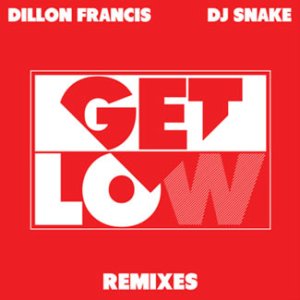 (Toronto, ON – June 2, 2015) Hot on the heels of a Gold certification for his smash hit “Get Low” with DJ Snake, artist/producer/DJ and EDM superstar Dillon Francis has released the ‘Get Low’ Remixes EP. The collection features reworkings of Dillon’s anthemic banger from W&W, Trollphace, Aazar, Neo Fresco and also Dillon’s own The Rebirth In Paris. See full track listing below. The ‘Get Low’ Remixes EP is available for purchase now HERE.

The original “Get Low” track reached gold status in Canada as of April 2015. It was recently featured in the #1 film Furious 7. Additionally, “Get Low” has recently earned multiple US television syncs including a Nike Sportswear spot featuring Olympic Gold Medalist Sonya Richards Ross, a Dodge commercial co-branded with Furious 7, a feature in an episode of NBC’s “The Slap,” and a national Taco Bell spot. The song has consistently occupied the Top 10 on the iTunes Dance Chart, and the official video has surpassed a massive 75 Million views on VEVO/YouTube.

Since the release of his debut album Money Sucks, Friends Rule last year, which was named one of Rolling Stone’s Top Electronic albums of 2014, Dillon has kept busy touring across the world. He embarked on a 15-city North American headlining tour last fall and went on to play huge shows and festivals in the UK, Brazil, Argentina, Chile, France, Australia, and more. Fans can look forward to Dillon’s upcoming performances at Lollapalooza in Chicago and Reading & Leeds Festivals in the UK, among others, this summer. See full list of tour dates below.