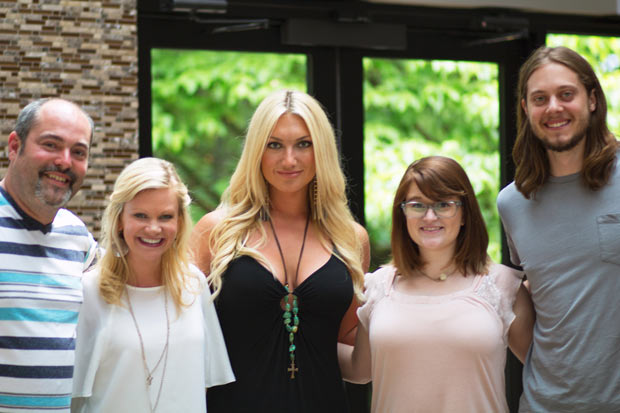 “Having been a four-year resident of Music City, spending time to write with local songwriters and recording, I feel like becoming a member of the Country Music Association is the ultimate and final step in being ‘present’ in the country music community,” Brooke Hogan states. “I am excited in this new relationship and am looking forward to the new ventures that our mutual alliance will bring.”
Brooke Hogan is probably most-well known as the only daughter of pro-wrestling legend Hulk Hogan, who was discovered by the masses in a reality TV series. [“Hogan Knows Best” (2005-07)/ “Brooke Knows Best” (2008-09)] Remaining undiscovered, as most significant, are Brooke’s talents as a professionally trained piano player and dancer, a prolific songwriter, polished vocalist and extraordinary entertainer on the music stage. Brooke will release her new single entitled “Fly Away” to country radio in June and appear for the first time at the 2015 CMA Music Festival.  Brooke is scheduled to perform at the Gildan Broadway Stage at Hard Rock Café.